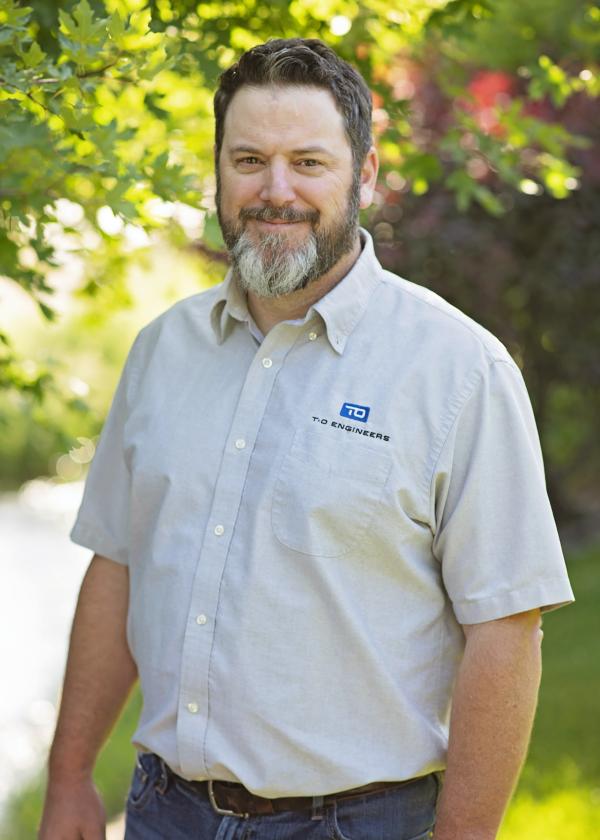 Rob started surveying in 1991 in southeast Iowa as a way to make extra money in the summer during college.  Having an outdoor office over the next three summers proved to be the path he wanted to pursue and after relocating back to Idaho, Rob picked up surveying as a full-time career in 1994.  He spent the next 12 years in the field learning everything from boundary to topography to construction layout and then later joined the T-O crew. In 2008, Rob acquired his professional license and now serves as the Nampa Survey Manager.  Since starting his career, he has worked on a variety of projects and disciplines from design surveys, ALTAs, boundary surveys, floodway studies, elevations certificates, Airport Obstruction Surveys and large transportation and municipal projects.  Rob was raised in a small town in the Midwest and spent a lot of time doing little ditties with his neighbors Jack and Diana who lived next door in a pink house.  In his free time, he enjoys wrenching on old cars, being outdoors, shooting, whitewater rafting, gardening, and watching the neighborhood kids destroy their brain cells playing Fortnite.