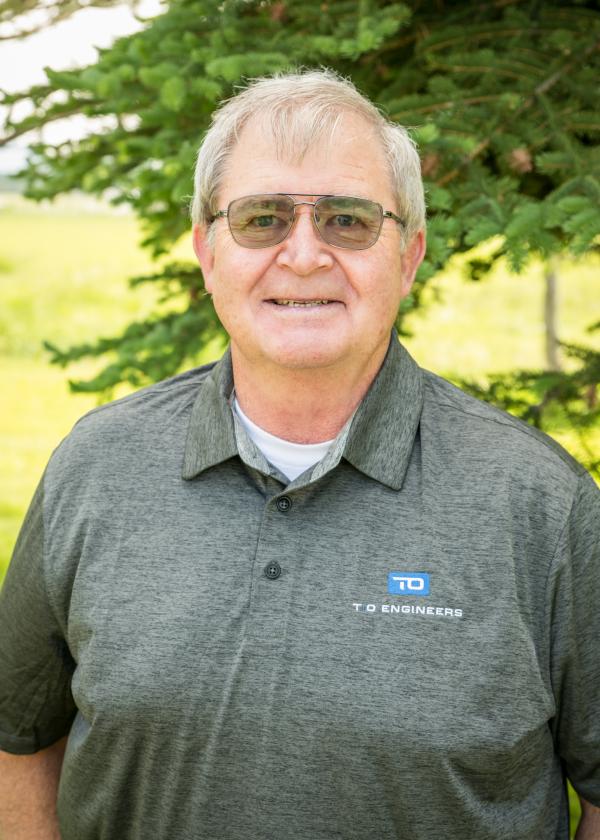 Ned was dropped into the world of Surveying during High School when his Father, a Mining Engineer arranged for Ned to work as a Contract Mineral Claim Staker, for a Geologist/Surveyor. First starting up on the San Juan Mountain Plateau of Colorado and then as a Claim Staker Field Chief working Southeast of the windy town of Baggs, Wyoming. Ned enjoyed being outside, where he worked long hours but made good money ($3.50 then $5.00 per hour plus overtime) and working 7 days a week. Ned spent his time camping since no where to spend said money, yet.

After High School, Ned stuck with surveying and in 1977, was hired as a Rear Chainman working in Salt Lake City, Utah. Ned was able to see many places he never would have while working in an office. In 1987, he packed up his family and took a Party Chief position in Cincinnati, Ohio. Ned thought he would be there a few years, but ended up staying until 2005 - 18 years total before he returned to the Western states that he loves. He returned as a Survey Manager for an Engineering firm in Phoenix, Arizona. During the Recession, Ned was forced to move between companies first to Yuma then back to Phoenix. During that time, he decided to take control of his own destiny and bought surveying equipment to create his own company! Most of Ned’s construction work was for Native American General Contractors in Arizona and New Mexico as well as ALTA Boundary work in Nevada. He always felt a sense of satisfaction working for Tribal Chapters, helping to improve their infrastructure. Ned worked on his own for 10 years.

Working now in Heber City, Utah as the Heber City Survey Manager is quite a change from Arizona and Nevada. He works with more pastoral landscapes where wildlife abounds. Ned says "Being a Land Surveyor, as with any profession, you are always learning and every state has different legislature concerning land division and development."